The Implications of the Recent College Admissions Scandal on Diversity, Inclusion, and Equity and Nonprofit Board Program Oversight

The recent college admissions scandal casts a spotlight on issues related to access, race, and inequality in our educational system, and provides a case study on how those with wealth and power in our society too often exercise their privilege in ways that are immoral, unethical, and illegal.

It is clear that the college admissions governance process failed the many victims in this scandal, including students from families (disproportionately minorities) without the financial resources to “guarantee” admission, as well as students with disabilities who may have been denied admission because students from wealthier families falsely identified themselves as being disabled to gain extra time to complete college entrance exams.

This scandal serves as a “wake-up call” as it relates to board oversight of an organization’s programs and the complex ecosystem in which an organization operates. 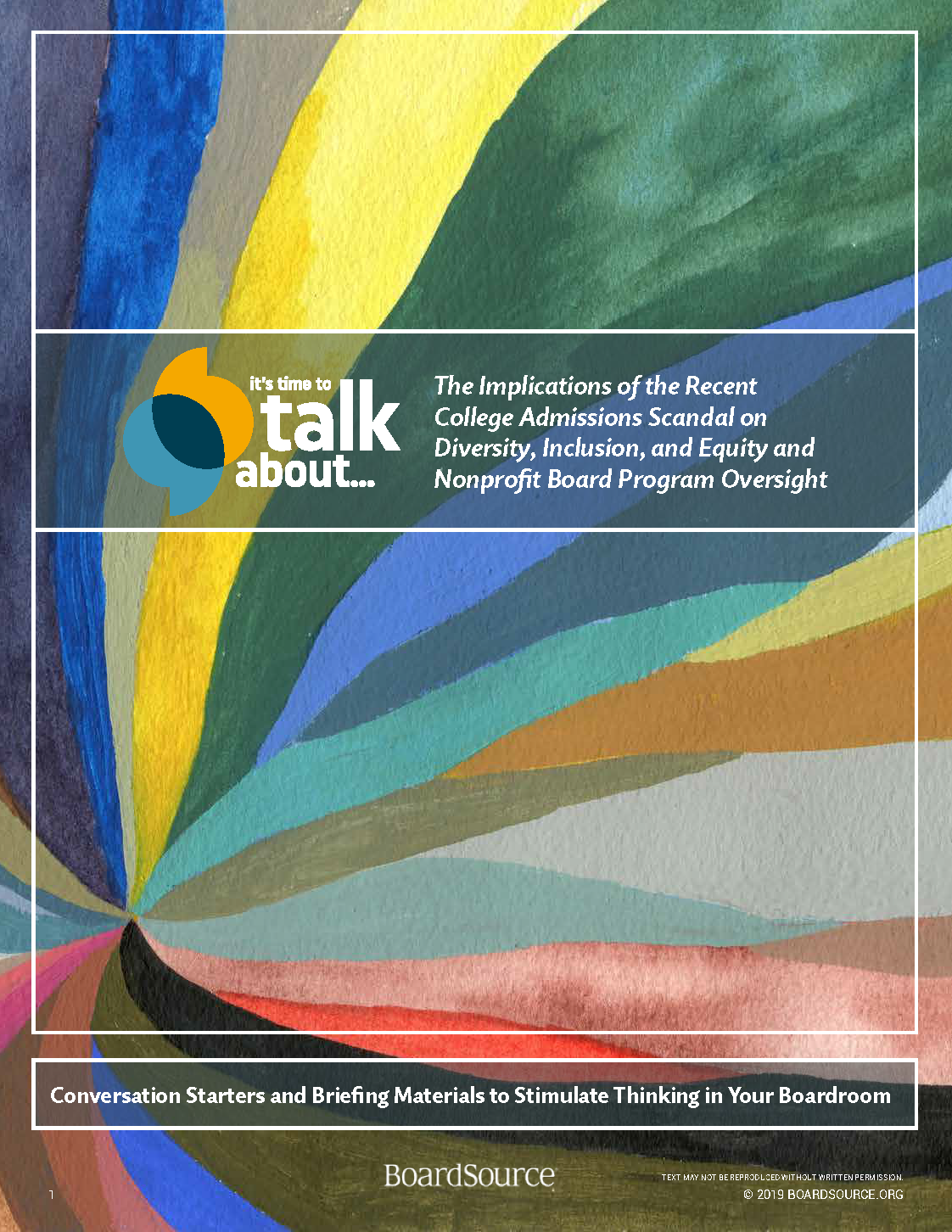 Want to take this resource with you?

We ask you to consider the following questions:

This set of materials and readings has been assembled to stimulate thinking in your boardroom.

What the college admissions scandal reveals about the psychology of wealth in America
Vox article reflecting on how the wealthy see their children’s admission to a prestigious college as a status symbol.

Why the College Admissions Scandal Hurts Students with Disabilities
NPR overview of how parents took advantage of testing accommodations on the SAT and ACT and how that affected students with disabilities.

Shocked by the College Admissions Scandal? School Counselors Aren’t
Opinion piece appearing in The Hechinger Report that highlights the inequitable system that allowed the college admissions scandal to occur — and allows students from wealthy families to have many other legal advantages over low-income students.

Want to take this resource with you?